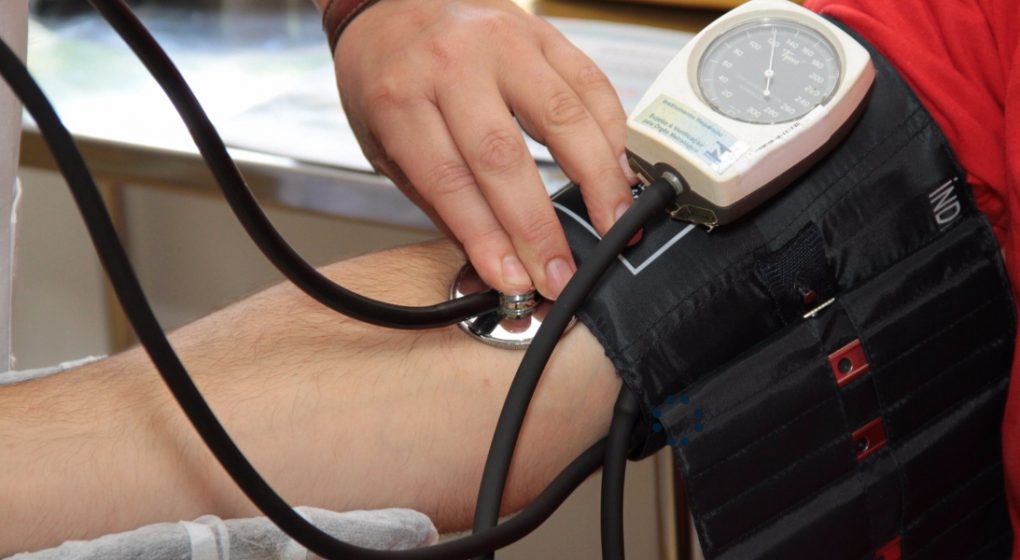 As of November 2017, there are new blood pressure recommendations per the American Heart Associations (AHA). And these new guidelines have a lot of people freaking out. Please don’t. Let’s review the situation together and go over the facts. From there you can determine what you need to do if anything.

Let’s start with what the AHA is saying is the official number for high blood pressure and why.

Blood pressure categories in the new guideline are:

So under the new guidelines people who were considered “pre-hypertensive are now considered hypertensive. The idea is to treat people earlier to avoid complications from high blood pressure like heart attacks and strokes. This sounds like a great idea. However, if that means more people on medications earlier, I’m wary of that as are a lot of people I suspect. The idea of stages: Normal, Elevated, Stage 1 and Stage 2, Hypertensive is a good idea IF that means lifestyle changes including nutrition are urged more emphatically. My concern is that medications will be urged at stage 1 more often than not. And I’m not sure that’s a good idea.

According to the American College of Cardiology Foundation:

The new guidelines – the first comprehensive set since 2003 – lower the definition of high blood pressure to account for complications that can occur at lower numbers and to allow for earlier intervention. The new definition will result in nearly half of the U.S. adult population (46 percent) having high blood pressure, with the greatest impact expected among younger people. Additionally, the prevalence of high blood pressure is expected to triple among men under age 45, and double among women under 45, the guideline authors note. However, only a small increase is expected in the number of adults requiring antihypertensive medication.

But in the same exact article they state:

The 2nd bullet point makes me nervous. Giving more than one medication (all of them have negative side effects) in one pill makes it even harder for people to manage their medications as they pile on from multiple doctors. Not to mention, these new guidelines will mean many, many more on medications due to this number change.

So I thought it would be great to read an article or two from doctors who are not in favor of these new guidelines and more importantly get a good grasp as to why.

I’m a huge fan of Dr. Brownstein because I think he says what many are afraid to and I also think he points out issues within health and wellness that just don’t add up. I had a feeling he would have something to say about the new guidelines.

He first talks all about the study used to determine the change: SPRINT and how it was run and then the results of that study.

The results make it really hard to understand why the recommendation has come to what it is now. Shaky is how I would define the reasoning. My guess is that soon we will find that pharmaceutical companies that a part to play in this study and who reviewed it and then crafted the new guidelines. So here is what Dr. Brownstein has to say about the results of SPRINT:

The primary outcome is the first occurrence of a heart attack, acute coronary syndrome, stroke, heart failure or death from cardiovascular causes.

For the primary outcome measured, 6.8% of the standard group suffered an incident compared to 5.2% of the intensive treatment group.  This amounts to a 1.6% absolute difference between the two groups.  In other words, as compared to those treated with the standard protocol of maintaining blood pressure less than 140 mmHg, you need to treat 62 people (1/1.6%) with multiple blood pressure medications to lower their blood pressure to 120 mmHg or lower to benefit one person.

In other words, 61 out of 62 in the study received no benefit.  That also means the treatment failed to show protection in 98.4% of those treated intensively.

Oy vey.  THIS is what the new treatment guidelines were largely based on?

I’m all for catching medical issues earlier. I’m also all for promoting lifestyle change before anything else to treat preventable medical issues. However, it seems sketchy to me that a study touted as the reason for guideline changes for millions of people with a 1.6% difference with “treatment” is the absolute and now used by doctors all over the country to recommend blood pressure protocols for patients.

Read the rest of his blog here:

Dr. Lipman through Consumer Reports also feels lifestyle change vs. medications is the way to go even with these new guidelines:

Our experts say the reclassification of high blood pressure is a good thing.

But while it’s important to regularly monitor your blood pressure and work on lifestyle changes if you’re above the 120/80 range, “it’s also crucial not to rush to medication,” Lipman says.

So back to the original question. Is it time to freak out if you were at 130 and considered ok and now according to the new guidelines, you are high or at least questionable? My opinion? NOPE. If the focus remains on a healthy lifestyle:

But honestly, if you are borderline, look at the above and ask yourself: “Am I not in balance? Is there an area I can work on?” You can do this. No one can do it for you. Not a doctor. Not a pill. And that’s not to say that some people need the extra help for multiple reasons. But lifestyle change for the better is #1 always. I would also urge you to always question new studies. Who funded the study? What are the new recommendations due to the study? Who is to gain monetarily from the new recommendations? Face value isn’t good enough. It never was. You are too important.

Tell us what you think! Comment below if you are considered Stage 1 now.

Make a commitment to yourSelf

By Connie Leavitt
About the author