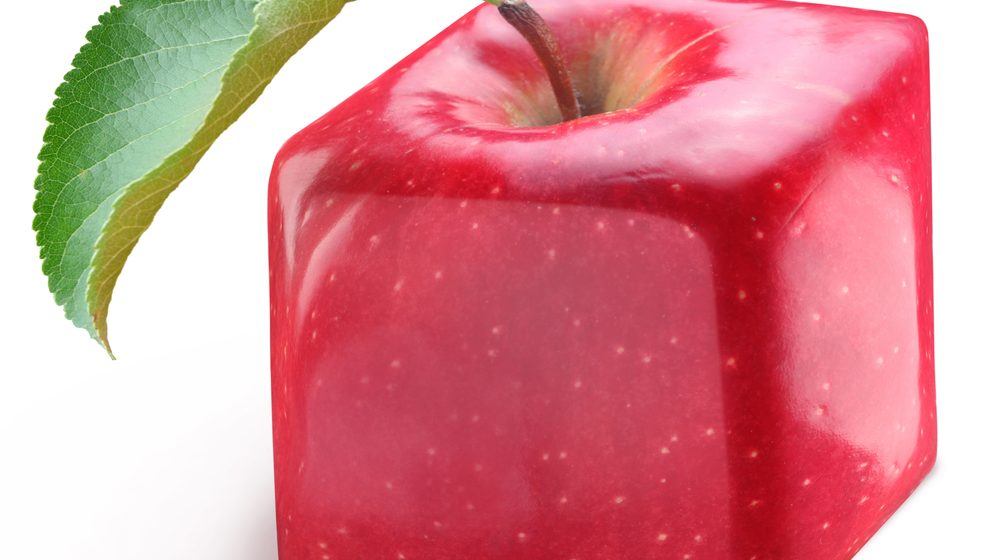 This article is aimed at being a primer on things GMO to save you a boatload of time searching through pages upon pages of gobbledy-data .

I will endeavor to be as impartial as I can and try to keep my opinion out of it as much as possible.

First, let me say that I am not a scientist nor a doctor, so I am no expert on science-y things. But I have done some research and a fair amount of listening and learning when it comes to growing things, and putting food in my mouth (one of my favorite things to do).

Secondly, I don’t believe great health can be driven by fear but I DO believe very much in the amazing miracle machines in which we live and their ability to heal themselves if we can lighten the toxic load and increase the nutrient load.

So let’s not let this discussion get us down, let’s trust the wisdom of Nature and our own intelligence to work it out, and let’s trust our bodies to do the same. If you scroll to the bottom I list a number of things you can do proactively to help yourself.

The biggest and most important thing to remember when looking into the whole GMOs dialog is that YOU HAVE THE POWER OF CHOICE and that’s really important because GMOs are out there folks and there’s no labeling so some of our foods contain secrets.

Shouldn’t we be informed as to what the secrets are, and what they mean for us, and whether we think they’re acceptable secrets – or maybe we just want to avoid things that keep secrets?

If you want the deep science scoop on GMOs please start googling and watching docos and reading books and studies. I’m not here to tell you what to think, I just want to empower you in your own health, and challenge you that you can’t just take the safety of food for granted.

So here’s a basic summary of what I have learned so far – number one of which is don’t trust anything or anyone!

If you’ve looked at both sides and you have an instinct as to what’s right – trust that.

If you act on that instinct and your body tells you you’re wrong, trust that!

Aside from financial gain…

It is thought by some farmers and Agribusiness that we need GMOs to be able to feed the world and also because Nature is considered tough on farmers – the constant need for weeding and dealing with pests and malnourished soils is time-consuming and expensive.

The counter to that, is that we have plenty of food to feed the world, in some instances we are encouraging farmers to produce less. What we have is rather a distribution and politics problem.

There are also arguments that far from being the problem, Mother Nature is actually the solution.

Monocrops fly in the face of the intricate design of any self-sufficient ecosystem. Look at nature, anywhere, there’s never just one thing, there’s a web of life where everything has a part to play, everything is food for one thing, and feeds off something else.

A bird eats the larva of a pest, a weed drops its leaves and fixes nitrogen, bits of broken wood and fallen trees provide homes for spiders and slugs and bugs. It all fits, everything comes out of the ground and goes back to the ground.

Agribusiness says that’s untenable. If you can grow corn you should just focus on that, but then you end up with mono-crops and so fertility, weeds, and pests become a real problem and then you need GMOs to make it practical.

Organic farming, Permaculture, Bio-Intensive Farming and Biodynamics would say the cost of GMOs is too high when we have a natural way that works.

“A GMO is a plant or animal that has been genetically modified through the addition of a small amount of genetic material from other organisms through molecular techniques. Currently, the GMOs on the market today have been given genetic traits to provide protection from pests, tolerance to pesticides, or improve its quality. Examples of GMO field crops include Bt-potatoes, Bt-corn, Bt-sweet corn, Roundup Ready soybeans, Roundup Ready Corn, and Liberty Link corn. https://entomology.ca.uky.edu/ef130 by Ric Bessin, Extension Entomologist, University of Kentucky College of Agriculture

So a Genetically Modified Organism has some genetic material from another species spliced into it. This is different from crossing an apple with another apple to get a sweeter apple that ripens earlier. This is a whole new organism that never existed before.

a/ We have mostly used GMOs to help a crop be resistant to herbicide, most notably RoundUp, or other Glyphosate containing herbicides which pretty much kill most plants so if you spray it on weeds they are gonners.

But that’s fidgety and it proved much easier if you could just blanket spray the whole crop but not kill the crop. Hence RoundUp ready corn – corn that will not die when sprayed with RoundUp.

b/ Then we have also used GMOs to help a plant become resistant to pests, in the case of Bt corn, where they introduce a naturally occurring soil bacterium that has a gene that produces a protein that kills the larva of corn borer or caterpillars.

““Within minutes, the protein binds to the gut wall and the insect stops feeding. Within hours, the gut wall breaks down and normal gut bacteria invade the body cavity. The insect dies of septicaemia as bacteria multiply in the blood.” https://entomology.ca.uky.edu/ef130 by Ric Bessin, Extension EntomologistUniversity of Kentucky College of Agriculture

c/ And now some new GMOs do some RNA manipulations and alter the way genes are expressed, switching genes on or off – like the Arctic Apple which will not go brown when cut or bruised.

There are 2 elements to this question –

First, we need to understand Glyphosate, which is not itself a GMO but is sprayed on many of our crops that have been genetically modified so they don’t die when sprayed with it (RoundUp Ready).

What is Glyphosate? Google tells me:

Now, human cells don’t have a shikimic acid pathway and therefore Glyphosate is considered safe for us.

So that’s Glyphosate. And we are being exposed to more and more of it now that, instead of just spraying the weed, we spray the entire crop, and it is often the very last thing the farmer does before harvesting, because Glyphosate is also a desiccant, meaning it dries things out. Wheat needs to be dry before you can harvest, but in a huge mono-crop how do you get all of the crop to dry at the same time? “Who you gonna call – Gly-pho-sate”).

Then there’s the genetic modification itself, as in Bt corn.

The actual process of genetic modification could have harmful ramifications, we just don’t know yet, though some scientists will tell you it’s not a problem. There does seem to be some common sense stuff that if you are altering DNA and RNA expression that could spill over into humans.

GMO can cause tears in the gut lining allowing undigested proteins to get into the bloodstream.

The intestinal wall is extremely important:

“The intestinal epithelium is a single-cell layer that constitutes the largest and most important barrier against the external environment. It acts as a selectively permeable barrier, permitting the absorption of nutrients, electrolytes, and water while maintaining an effective defense against intraluminal toxins, antigens, and enteric flora. “  http://www.sciencedirect.com/science/article/pii/S0091674909008641

Honestly, the list goes on and the truth is we don’t know for sure what the future will show to be true. We DO have a lot of anecdotal evidence from people whose symptoms have improved vastly on Non-GMO diets, and also we can see correlations in certain medical conditions and the increase in the use of Glyphosate and GMO. But that’s not scientific proof.

There are other ethical and conspiratorial type things surrounding the GMO debate that I haven’t gone into here. The biggest thing to me is that there is a lot of conflicting information and some very compelling data, but we don’t have hard proofs telling us it’s safe and we don’t have labeling telling us which foods have GMO so it’s down to us to look at the info and decide for ourselves. I know where I stand.

4/ WHAT FOODS ARE AFFECTED BY GMO

So we know that there are GMO crops that include Bt-potatoes, Bt-corn, Bt-sweet corn, Roundup Ready soybeans, Roundup Ready Corn, and Liberty Link corn.

But there are also foods that are made from or include ingredients derived from GMOs.

“For example, corn produced through biotechnology is being used in many familiar foods, including corn meal and tortilla chips. In addition, corn is used to make high fructose corn syrup, which is used as a sweetener in many foods such as soft drinks and baked goods. While the FDA (U.S. Food and Drug Administration) regulates genetically modified foods, it considers Bt-corn to be nutritionally equivalent to traditional corn.” by Ric Bessin, Extension Entomologist, University of Kentucky College of Agriculture

1/ Vote with your Dollars

If you don’t like the idea of GMOs or not knowing if you’re eating them or not, then start voting with your dollars. Economics and money are what drive a lot of this in the first place so your consumer dollar is a powerful factor.

Eat organic, true organic food has no GMO. But look for INDEPENDENT CERTIFICATIONS from organizations that have no connection to the success of the company making the product. Look for USDA Certified, and The Non-GMO Project is a good program that looks at every single component and ingredient of the product.

3/ Eat low on the food chain and as simply as you can.

Avoid processed foods, which are more likely to have other ingredients that could be GMO.

Vegetables are lower in the food chain. Veggies pretty much feed from the soil and the sun, and then we eat them. Simple and clean. (As long as they grew in healthy well nourished soil.)

Animals eat the vegetables that fed from the soil and sun and water so they are higher up the chain.

4/ Prioritise – there are lots of lists to help you

Check out The Dirty Dozen and The Clean 15

Dairy is a high priority – there’s just so much going on, GMO feed, Antibiotics, hormones

And avoid anything where the food is sprayed directly with Glyphosate – wheat, soy, corn, some beans, possibly fruits.

Help your body to detox regularly. There are many detoxes out there and many detoxifying programs, products, and foods, can’t go into all of those here. There’s even one product I heard of recently that can carry Glyphosate OUT of the body! (yes please)

But when you consider that some of the side effects of GMO are a poor digestive tract, well we really need some help eliminating toxins and cleaning up our guts. (We’ll be running regular cleanses and detoxes through Your Healthy Hustle so keep your eyes out for one of those.)

6/ Grow your own food wherever possible.

Even if it’s just a basil plant on a windowsill. It’s something.

7/ Cook your own food from scratch

Using ingredients you bought, as much as you can. It’s the only food you can say for sure what’s in it.

Here’s to your very best health, born of the best most educated choices you can make, most of the time.

Some good movies and books to look out for

By Geoff Young
About the author

Susan graduated as an Integrative Nutrition Health Coach in 2009. She has coached in a gym setting and private health clients. She has also coached students of Integrative Nutrition and continues to coach both private clients and health coaches. She is an avid learner of permaculture and self-reliance, getting back to basics and all the juicy things life has to offer.